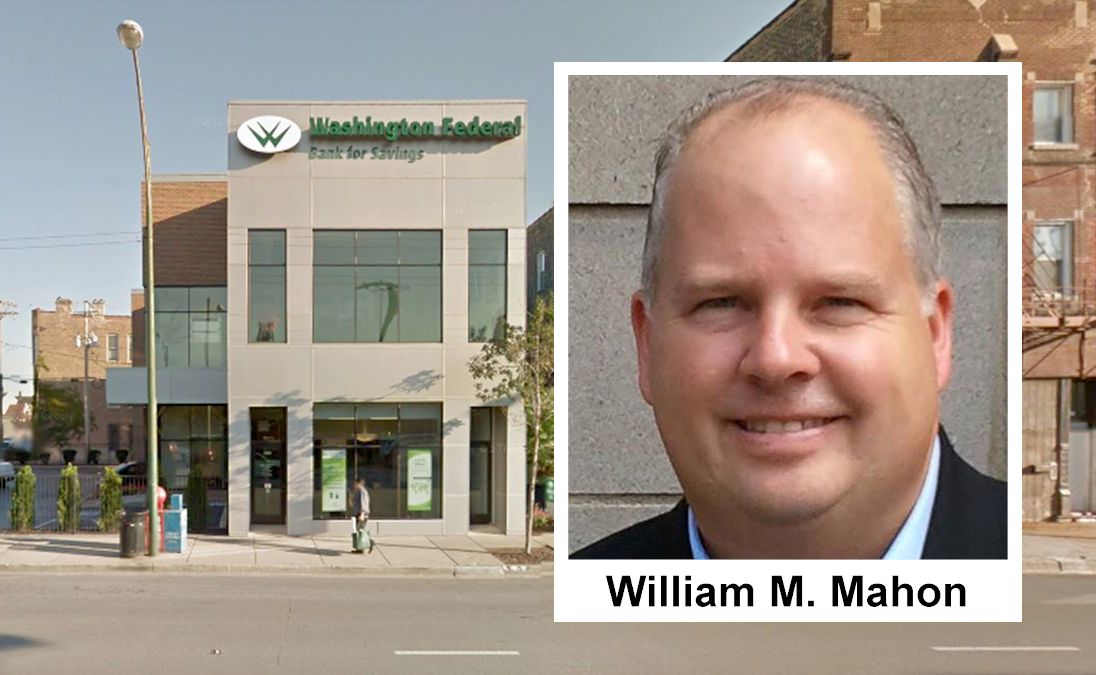 CHICAGO — An ongoing federal investigation into the failure of Washington Federal Bank for Savings in Chicago has resulted in criminal charges against three former members of the bank’s Board of Directors who allegedly conspired to obstruct regulators and falsify bank records.

With today's additional indictments, the total number charged in the bank's collapse is now 14 people.

Washington Federal was founded in 1913 as a neighborhood bank by Polish immigrants. Joseph Gembara was an early investor and his son and grandson would eventually run the bank. Washington Federal and those in charge operated within the friendly confines of the Daley family for generations and had deep ties to city hall.

The most high profile incident from the collapse occurred when, five days after the bank board suspended him in late November 2017 and 12 days before federal regulators closed the bank in December of that year, Joseph Gembara's grandson, John Gembara, who was the 56-year-old President and CEO of Washington Federal at the time, was found dead in the home of a contractor and client.

Gembara’s death was ruled a suicide, though his widow and others have questioned whether he was murdered. He was found sitting in a chair with a rope around his neck attached to a railing, inside the $1 million Park Ridge home of Marek Matczuk. Matczuk has since also been charged with embezzlement as one of the 14 in the ongoing investigation surrounding the bank.

As mentioned above, the bank was closed by regulators in December 2017 after the Office of the Comptroller of the Currency determined that the bank was insolvent and had at least $66 million in nonperforming loans.

Following its closure, several former employees, including the bank’s Chief Financial Officer and Treasurer, were indicted for allegedly conspiring with an Illinois attorney – Robert M. Kowalski, of Chicago – and other individuals to embezzle money from the bank.

Mahon, Weston, and Kozdemba are charged with conspiracy to falsify bank records and to deceive and obstruct the Office of the Comptroller of the Currency. Mahon also faces tax charges for allegedly willfully filing false income tax returns.

You may know Mahon as the $138,800-a-year Deputy Commissioner for Streets And Sanitation for Quality Control and Accountability. Mahon has been working for the city since the late-1980s and his annual pension payout would be nearly $100,000 per year if he retired today. He was given permission by the city to become a board member of Washington Federal in his mid-30s, around 1999 to 2000.

During the Daley administration, Mahon was recommended for termination but was instead given a 30-day suspension for helping "wash" test scores of city job applicants.

The superseding indictment alleges that the bank’s former Vice President - James R. Crotty, of Tinley Park, Ill. – and two other employees made false entries and documents in Washington Federal’s records to support insider loans to Mahon and others. The employees – former Corporate Secretary Jane V. Iriondo, of Boise, Idaho, and former loan officer Cathy M. Torres, of Chicago – allegedly altered and caused to be altered appraisals for two properties owned by Mahon that served as collateral for two mortgages at Washington Federal. The false items on the altered appraisals include inflated appraisal values and inflated values for the listed comparable sales, the indictment states. The superseding indictment also alleges that Mahon concealed a loan he received from Washington Federal’s president in applications for loans from Washington Federal.

The fourth newly charged defendant is Robert Kowalski’s brother, real estate developer William A. Kowalski, 56, of Chicago, who is charged with conspiracy to embezzle bank funds.

The new charges also allege that when the Office of the Comptroller of the Currency was evaluating Washington Federal’s loan portfolio prior to its failure, Crotty, Mahon, Weston, and Kozdemba made and caused to be made false entries in bank records and provided them to the Office of the Comptroller of the Currency with the intent to deceive the agency and obstruct its examination. The defendants also falsified records to make it appear that Washington Federal was operating in compliance with banking rules and internal policies and controls, the indictment states.

In addition to the new defendants and charges, the superseding indictment renews the charges previously filed against the other defendants. Those charges allege a conspiracy to embezzle at least $31 million in bank funds.

Crotty and other bank employees allegedly transferred bank funds to Robert Kowalski and other individuals outside the bank without all of the required documentation and often without any documentation whatsoever.

One of the individuals outside the bank – real estate developer Boguslaw Kasprowicz, of Burbank, Calif. – allegedly embezzled $14.3 million, at least $1.6 million of which was used by Kasprowicz for the benefit of the bank’s former president, John Gembara, who is not charged in the indictment because of his death. Kasprowicz allegedly paid credit card accounts in the name of the bank president or an entity associated with him, and also made payments to another bank for a loan on the purchase of a $450,000 Sea Ray powerboat called “Expelliarmus.” Harry Potter fans will know "Expelliarmus" as the spell cast to disarm opponents.

The FDIC eventually paid nearly $91 million to settle accounts at the bank.

Arraignments in U.S. District Court in Chicago have not yet been scheduled. Fields to return, Rodgers’ toe is a go for Sunday Night