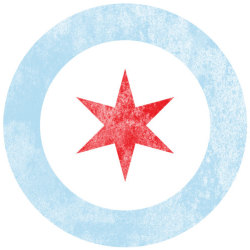 A 5-year veteran police dog named Riggs ran after the man and took him down as he was approaching a nearby highway. The man then shot Riggs. Riggs is expected to recover.
Oct 21, 2021
1 min read
Oct
21 This story has been updated to include additional details from Superintendent David Brown: In a struggle with a suspect, one of the officers accidentally discharged their firearm and one bullet struck the two officers, one in the arm and the other in the shoulder.
Oct 20, 2021
2 min read
Oct
20 The union wanted Cook County Judge Cecilia Horan to recuse herself because of what its attorney, Joel D'Alba, called the "appearance of impropriety."
Oct 20, 2021
2 min read
Oct
20 Scanner reports of the incident indicated 6 shots were fired near 2125 N Central Park and the man was struck in the head, chest, and twice in the leg.
Oct 20, 2021
1 min read
Oct
19 The incident occurred yesterday at approximately 3:35 p.m. near the Ulta Beauty cosmetics store in a prominent shopping area in the Goose Island neighborhood of Chicago.
Oct 19, 2021
2 min read
Oct
18 The 37-year-old Hawkins was formally introduced as the Cubs' new general manager on Monday, stepping into a position that had been open since Jed Hoyer was promoted to president of baseball operations almost a year ago.
Oct 18, 2021
3 min read
Oct
18 Prosecutors alleged Thomas Osadzinski worked in coordination with or at the direction of the Islamic State.
Oct 18, 2021
1 min read
Oct
18 Powell rose from a childhood in a fraying New York neighborhood to become the nation's chief diplomat.
Oct 18, 2021
5 min read