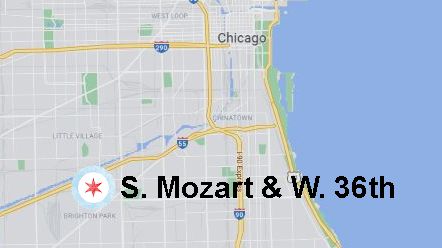 CHICAGO - Authorities are reporting that a woman was shot by a man with a BB gun Monday evening and returned fire with a real gun.

The man and woman are husband and wife.

Around 5:55 p.m. Monday evening in the 2800 block of W. 36th Street in the Brighton Park neighborhood on the city's southwest side, a woman called police to report she had shot her husband.

After initial investigation, police said a married couple were in their home when the man, aged 50, produced a BB gun and fired shots at his wife. Initial reports from first responders indicated at least one BB lodged in the woman's arm.

In response, the 42-year-old woman produced a real handgun and returned fire, striking her husband in the abdomen with the unknown caliber bullet exiting his back.

Authorities were unclear what led to the escalation between the pair.

Area One detectives are investigating.