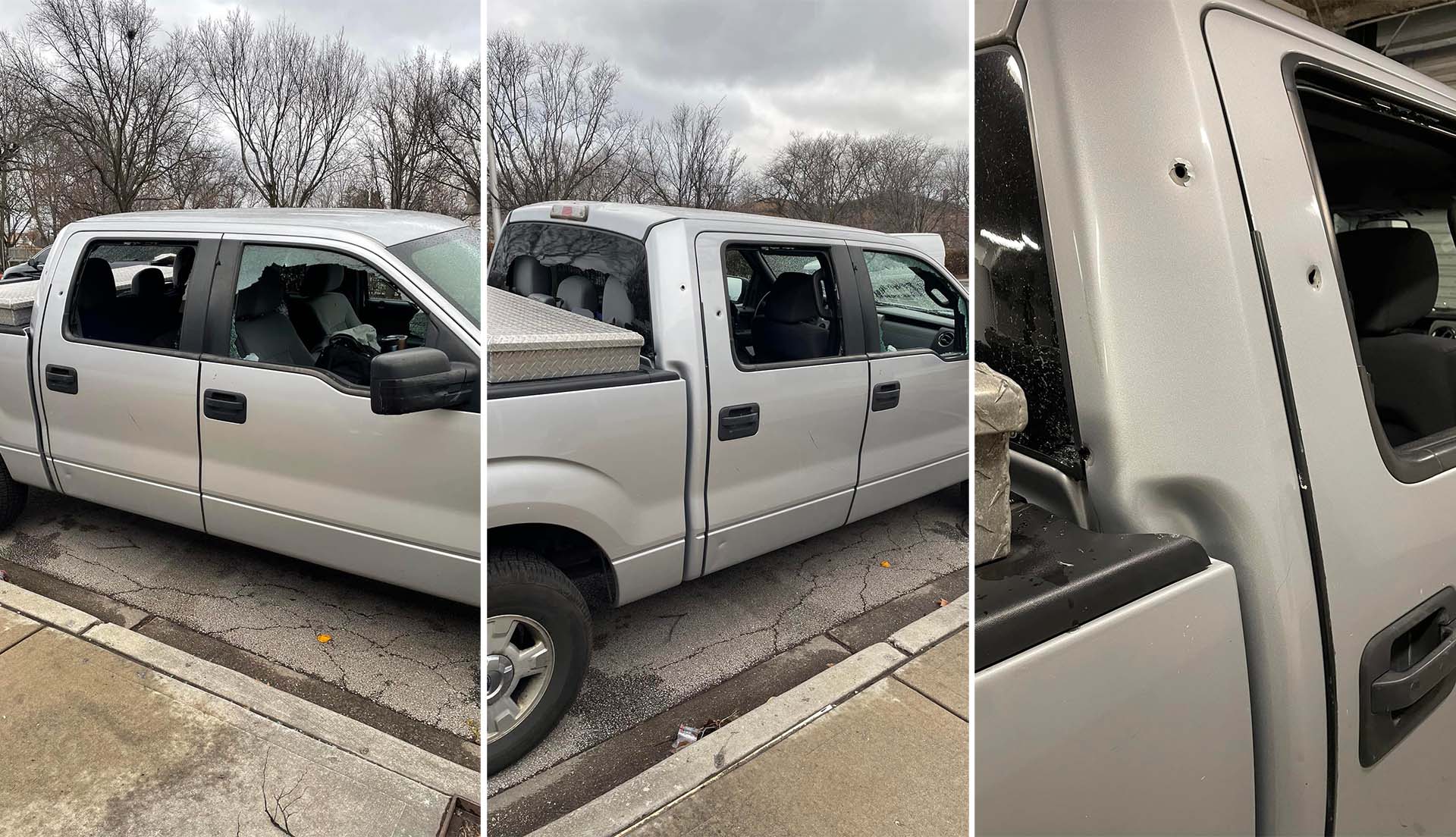 CHICAGO - Local residents reported that a CFD firefighter from the 19th Ward had just finished his shift Saturday morning and was driving home when his truck was sprayed with bullets on the Dan Ryan Expressway.

We're still working to confirm all the official details of the incident because it happened under a jurisdiction separate from where it was initially reported, which we'll explain further down.

Around 6:45 a.m. Saturday morning, a CFD firefighter and resident of the 19th Ward said he had just finished his shift and was on his way home in the southbound lanes of the Dan Ryan Expressway when a large, blue SUV with tinted windows pulled up next to the passenger side of his vehicle near 76th Street and sprayed his truck with bullets.

The victim called 911 and drove immediately to the 22nd District Police Station.

On arrival at the 22nd District, he was checked for injuries and police discovered a graze wound on the upper right side of the firefighter's body. He was briefly treated at the local hospital for the injury and sent home.

The victim declined our request for official comment but we were given permission to post the photos of the damaged truck seen above. As you can see shown, all the windows were blown out by gunfire, with additional bullet holes in the side.

We were able to confirm that there was a report made at the 22nd District but, even though the victim was a walk-in at the 22nd District, since the incident happened on the Dan Ryan Expressway, that is technically Illinois State Police jurisdiction and they would be assigned to investigate.

We'll continue to update as we learn more.