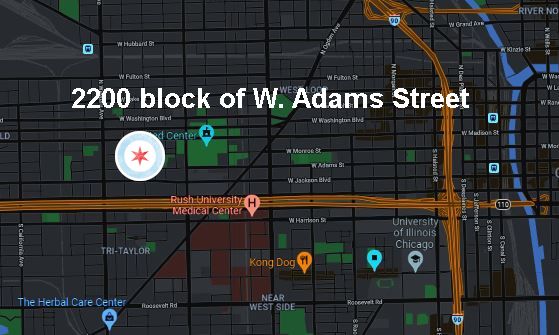 14-year-old shot and killed on Near West Side

Update: The victim has been identified as 14-year-old Javion Ivy.

CHICAGO - Authorities are reporting a young teenager was shot and killed this afternoon on the city's Near West Side.

The incident happened at approximately 3:52 p.m. in the 2200 block of W. Adams Street on the city's Near West Side, a few blocks to the west of the United Center.

Police said a 14-year-old male victim was on the street when he was shot in the abdomen by an unknown offender. The teen was transported to Stroger Hospital where he was pronounced dead.

We'll continue to update as we know more.