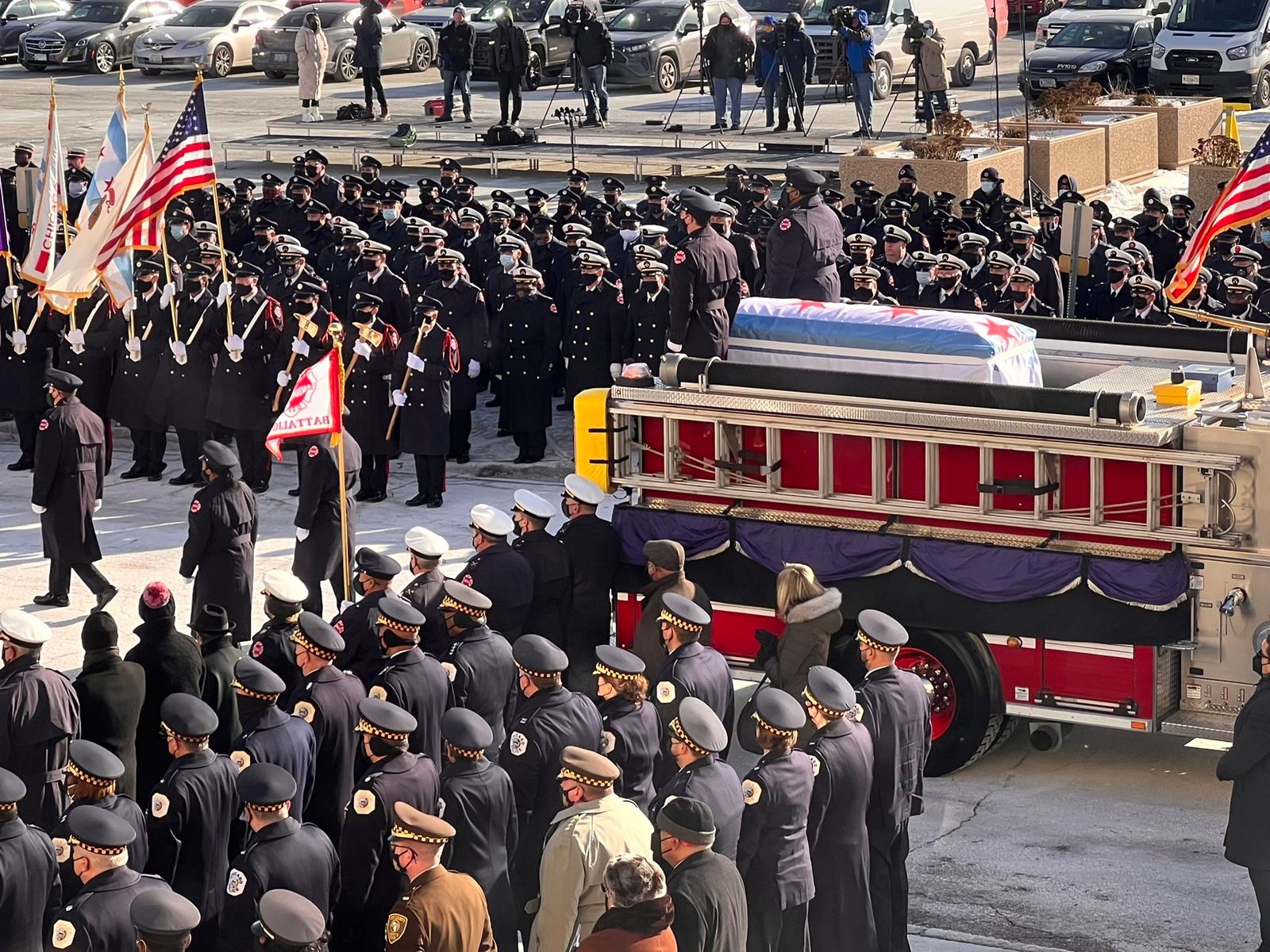 Funeral held for Chicago firefighter who died from injuries

Lightfoot and hundreds of firefighters joined family and friends at the funeral of MaShawn Plummer, 30, who died Dec. 21, five days after he was injured battling a fire.

“Firefighter/EMT Plummer may have only had one year on the job, but in that one year, he gave his all to support his fellow firefighters and protect people in need,” Lightfoot said. “He met them — many of them — on their toughest days, and he rendered aid and assistance because that’s what he was trained to do. But more importantly, that’s what was in his heart.”

Plummer marked his first anniversary as a firefighter/EMT in December.

The mourners gathered at House of Hope Church on the city's far South Side for the service. An American flag was lifted between two fire engine ladders. Inside, firefighters lined up and saluted Plummer’s casket, which was draped in a Chicago flag.

Lt. Quention Curtis, one of Plummer’s mentors and founder of the Black Fire Brigade, described him as “a great kid” and “motivated.”

He “wanted the job so badly and lived for the job,” Curtis recalled. “And just wanted to learn a lot.”