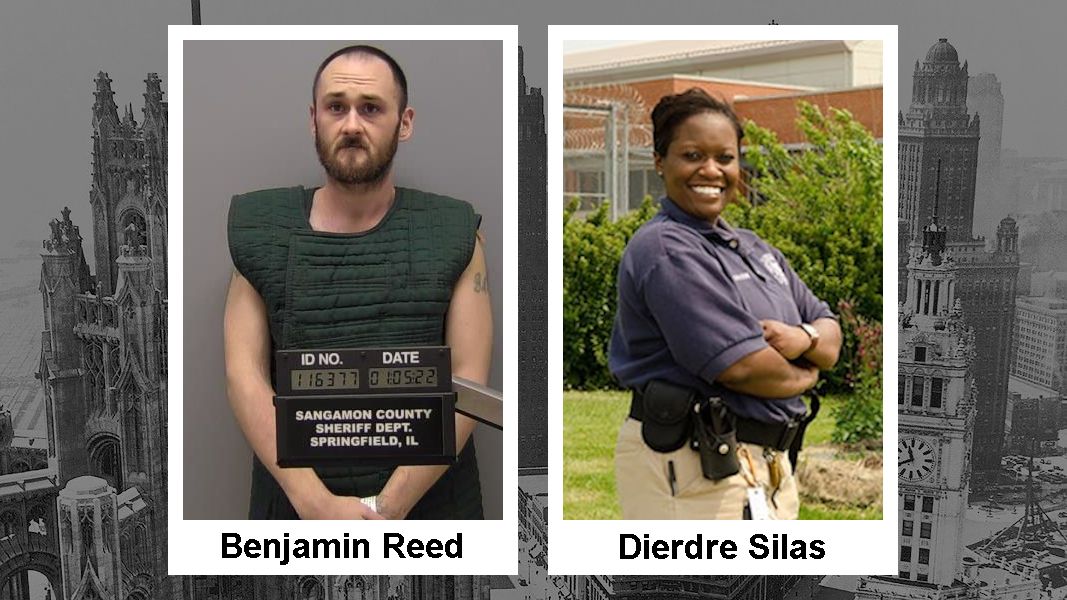 SPRINGFIELD, Ill. (AP) — An Illinois child welfare worker was stabbed to death during a home visit in a town south of Springfield, authorities said.

Diedre Silas, 36, an investigator for the state Department of Children and Family Services, was conducting a welfare check Tuesday on children living in the home in Thayer when she was stabbed, according to Sangamon County Sheriff Jack Campbell.

Thayer is located 23 miles (37 kilometers) south of the capital city.

Authorities arrived at the scene just before 4:30 p.m. Tuesday and found what appeared to be blood near the door. They forced their way into the house and found the victim dead inside. Police obtained a search warrant and collected evidence that helped them find Reed at a Decatur hospital around 6:30 p.m., authorities said.

Reed was treated for a cut on the hand and taken to the Sangamon County Jail, where bond for his release was set at $5 million on Wednesday morning.

But at a late Wednesday news conference, Wright parried questions about why Silas was visiting the home, why she went alone and whether there was a suspected threat there, saying that responses “are relevant enough to this investigation that it’s not appropriate to answer those questions.”

That frustrated members of Silas' family, including her 61-year-old father Roy Graham, who brought Diedre from Jamaica when she was 10. He saw the married mother of two develop her love for helping children as early as high school, mentoring grade school children and volunteering for Sparc, a nonprofit devoted to supporting people with intellectual and developmental disabilities.

“Why do you really attack my daughter? I can’t understand why you'd do that,” Graham said after then news conference. “I know she’d be begging for her life. Why? She didn’t come to talk to you.... That’s brutal, mischievous, hardcore stuff.”

Six children of undisclosed ages were present at the time of the incident, Campbell said, but he was unaware if they witnessed anything. They were in protective custody on Wednesday. Campbell said he believes Reed is related to one or more of the children and that several adults were living in the home, but he did not elaborate.

DCFS Director Marc Smith said the last investigator to be killed on duty occurred about four years ago. Smith said the agency trains its staff in how to approach various situations, including going into a volatile environment. Staff members decide whether to go alone, in pairs, or summon police protection, he said.

“In this tragic circumstance, the family we were there to help had a negative response to our presence," Smith said. “We’re not avoiding any responsibility. We take responsibility for all of our staff, as well as the children and families that we serve. We will continue to work, we will continue to improve our policies and procedures as we can.”

Silas had just joined the department in August after working in the behavioral health field for seven years at the Department of Juvenile Justice, according to a statement by Council 31 of the American Federation of State, County and Municipal Employees, which represents DCFS employees.

“This tragedy is a stark reminder that frontline DCFS employees like Deidre do demanding, dangerous and essential jobs every day, often despite inadequate resources and tremendous stress," AFSCME Executive Director Roberta Lynch said. Classes canceled for 2nd day after no agreement with CTU