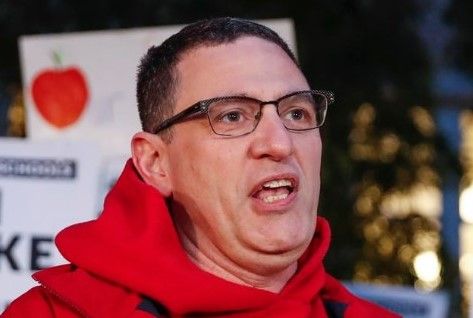 Classes canceled for 2nd day after no agreement with CTU

The Chicago Teachers Union sought to revert to remote instruction during the latest surge of infections and while both sides hammer out a deal. But Chicago Public Schools leaders have said remote learning didn’t work and schools can safely remain open with protocols in place.

The move to cancel classes and activities Thursday affects roughly 350,000 students and came after closed-door negotiations Wednesday failed to produce a deal. The issues include metrics for closing schools.

“We have no choice but to cancel classes tomorrow,” Schools CEO Pedro Martinez said at a Wednesday evening news conference.

Students returned to class Monday after a two-week winter break with COVID-19 infections and hospitalizations fueled by the omicron variant at record levels. School districts nationwide have grappled with the same issue, with most opting to stay open while ramping up virus testing, tweaking protocols, and making other real-time adjustments in response to the shifting pandemic.

The union’s action, approved by 73% of members, called for remote instruction until “cases substantially subside” or union leaders approve an agreement for safety protocols with the district.

In Illinois, masks are required in indoor settings, including schools. In Chicago, the district proposed guidelines for individual school closures, saying safety measures like required masks, availability of vaccines, and improved ventilation make schools among the safest places for kids to be. 65-year-old found shot to death in his car